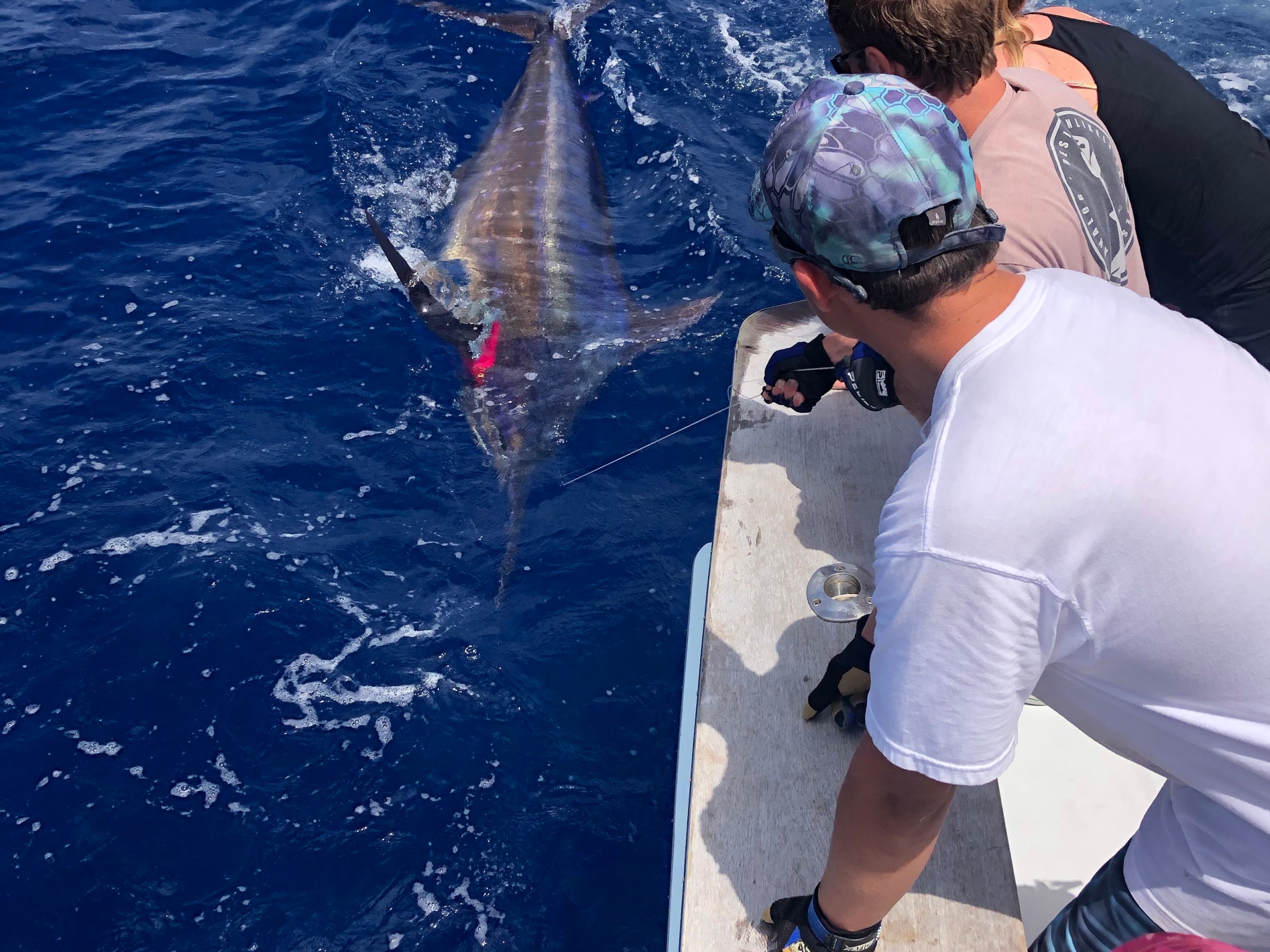 Even a day later as I write this i’m still in disbelief at what we witnessed yesterday out on the ocean. Bear with me, as this report may get a bit long winded.

We had a great crew who all wanted to go chase a blue marlin. I had been tracking a little piece of cooler water the originated in the gulf stream down off of Wilmington NC. There had been a good sign of marlins in this water as it moved up the coast, so we were hopeful that if we could find it we might be able to get a bite or two…. Little did we know.

We struck out at 5am for a longer than normal run down to the southern end of our fishing range. After two hours of running, we set lines out in 100 fathoms of water and began looking around. The eddy that we were looking for had shoved inshore, and so we trolled offshore for looking for where the eddy met the gulf stream current.

At about 220 fathoms we found the edge, which was absolute alive with activity. Flying fish everywhere, big grass line, 3 degree temp break, basically the perfect conditions. It didn’t take long at all; before we even made it to the edge the mate hollers RIGHT SHORT, THATS HIM! A nice blue marlin crashed the right short, left a big hole, and steamed off, screaming drag on the reel. We got our angler in the chair, and began to clear the remaining lines. Before we could give chase, this fish came up on top and in the process of jumping around, threw the hook.

Fast forward to the end of the day, and we ended up seeing 12 BLUE MARLIN!! We had 9 teaser bites, including a double header teaser bite, and lots of really aggressive fish.

We managed to hook seven of our 9 bites, but just couldn’t hang on to them. When the dust all settled we had released 2 nice blue marlin, including a fat 400lber.